All four jury members were impressed and turned their seats. The viewer was also blown over by the performance of 17-year-old Sophia Kuithof in The Voice of Holland on Friday 15th November 2019.

During her audition, Sophia not only played and sang the song Vincent by Don McLean, but also a self-written song.

Sophia lives on a farm with horses, but is not a horse girl. She is only 17 years old, but lives for the music. She even stopped playing hockey for it. She takes singing lessons and takes part in the theater performance at school every year. Now that she has almost finished school, she hopes to be able to pursue her dream: a career in music. 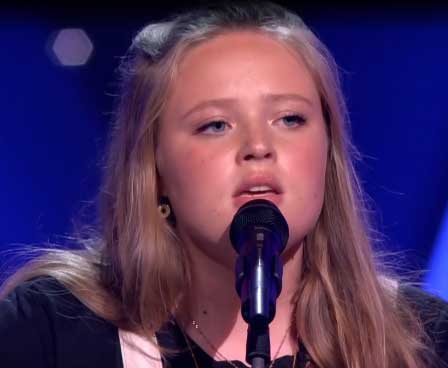